If you are like me and are absolutely done with this heat and gloomy weather, cheer up! Fall is officially here, and Pumpkin Spice Lattes are already on the menu. New York is one of the best places to celebrate the fall holidays, and there are a plethora of things to do in the Big Apple. From Jack O’Lanterns to apple cider to photo galleries to fashion, we’ve got you covered. 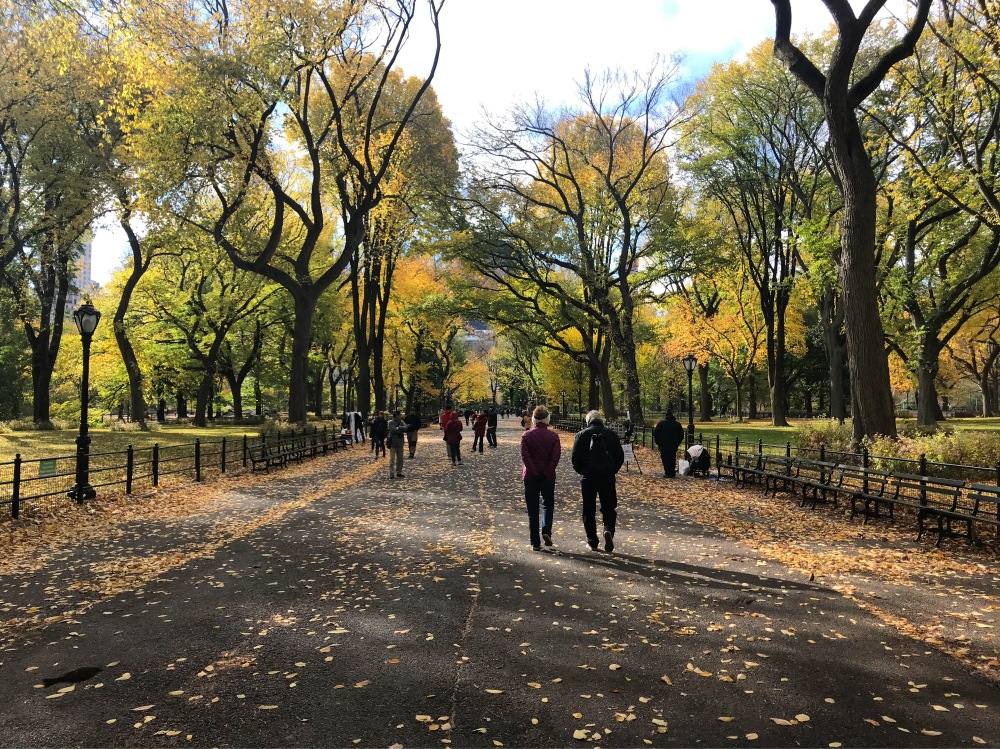 No autumn trip to New York is complete without walking through Central Park. It’s one of the best places to take in the fall foliage in the city, while admiring the skyscrapers in the distance. Make your way to Bethesda Terrace, and have a snack at the Loeb Boathouse. You won’t regret it!

If you’re a fan of one of the most popular fall beverages: cider, this is an event for you. Cider Week began in 2010 as a way for local and international cider brewers to share their fall staples with the public. Various bars, restaurants, and venues all over New York City (including Bad Seed Cider in Brooklyn) exchange a variety of ciders from around the country, and even a few from France. This delicious week is statewide, but is hitting the NYC November 2nd-11th, with tastings and other events almost every day! To find a full list of participating locations in the city, check out the Cider Week website.

Many of you know Eataly for it’s extensive selection of Italian delicacies and amazing specialty restaurants. But this new rooftop in their Flat Iron District location will make you dream of fall. The new restaurant SERRA has created a complete autumn menu,  with goat cheese salad, braised pork shoulder, and caramel apples. How can you say no? This pop-up has been rated one of the most Instagram/Pinterest worthy spots this season, so don’t miss it!

See a Movie at the New York Film Festival

The NYFF is entering it’s 56th year, and continues to be one of the biggest festivals on the circuit. Celebrities from far and wide come to premiere their Oscar contending films at Lincoln Center, and you can see them before they hit theaters! Check out the best movies in the line up this year, including the new Coen Brothers film The Ballad of Buster Scruggs, and Yorgos Lanthimos’ The Favorite, starring Emma Stone.

This event isn’t technically in New York City, but it’s one of the best fall events in the region. Several thousand pumpkins are carved into works of art and lit up during this electrifying harvest event. The best views of the jack o’lanterns are after the sun goes down, and you can enjoy pumpkin pastries and apple cider as you wander around the 18th century grounds. Tickets are on sale now, but get them while they last!

Throw on a Costume and Watch the Village Halloween Parade.

This Greenwich Village tradition is entering its 45th year, and is honestly the best parade in the nation. The party begins around 8:30pm on Halloween, and there is no better place to see some of the best costumes of the season. You don’t have to dress up, but it is encouraged. If you do wear a costume, you can even march in the parade by meeting the floats and parade goers on 6th Avenue and Canal Street. If you just want to watch the festivites, various bars in the village have all Hallow’s Eve parties during and after the parade, so don’t miss out!

If you want to find out more about the parade, click here.

This is the ultimate festival for wine lovers and foodies! Sponsored by Food Network, Chefs and sommeliers throw a slew of talks and events across the city, complete with tastings of their delicious fare. Taking place from October 11th-14th, this is an event every foodie must partake in. The ticket price is expensive on many of these events, but if you don’t treat yourself every once in a while, are you really living?

See the full lineup of events on their website: https://nycwff.org/events/

Looking for something in Brooklyn this fall? Check out the BAM New Wave Festival, with performances of music, opera, theater, dance, film, and performance art. The festival is open from October 3rd to December 23rd, so you have plenty of time to enjoy art in every form.

Don’t feel like going all the way up the Hudson River to get to the Great Jack O’Lantern Blaze? Hop a ferry over to Governor’s Island for a pumpkin patch with a view of the Manhattan skyline (not to mention the Statue of Liberty). Enjoy the fall leaves, the goulash, apple cider, pumpkin spice treats, and beer garden before the seasons is over!

Ah, Oktoberfest. Incorporating two of America’s favorite pastimes: food and beer. There are too many Oktoberfest parties to count in this city, so check out this Oktoberfest NYC 2018 guide for the best bars to have a pretzel and a beer in!